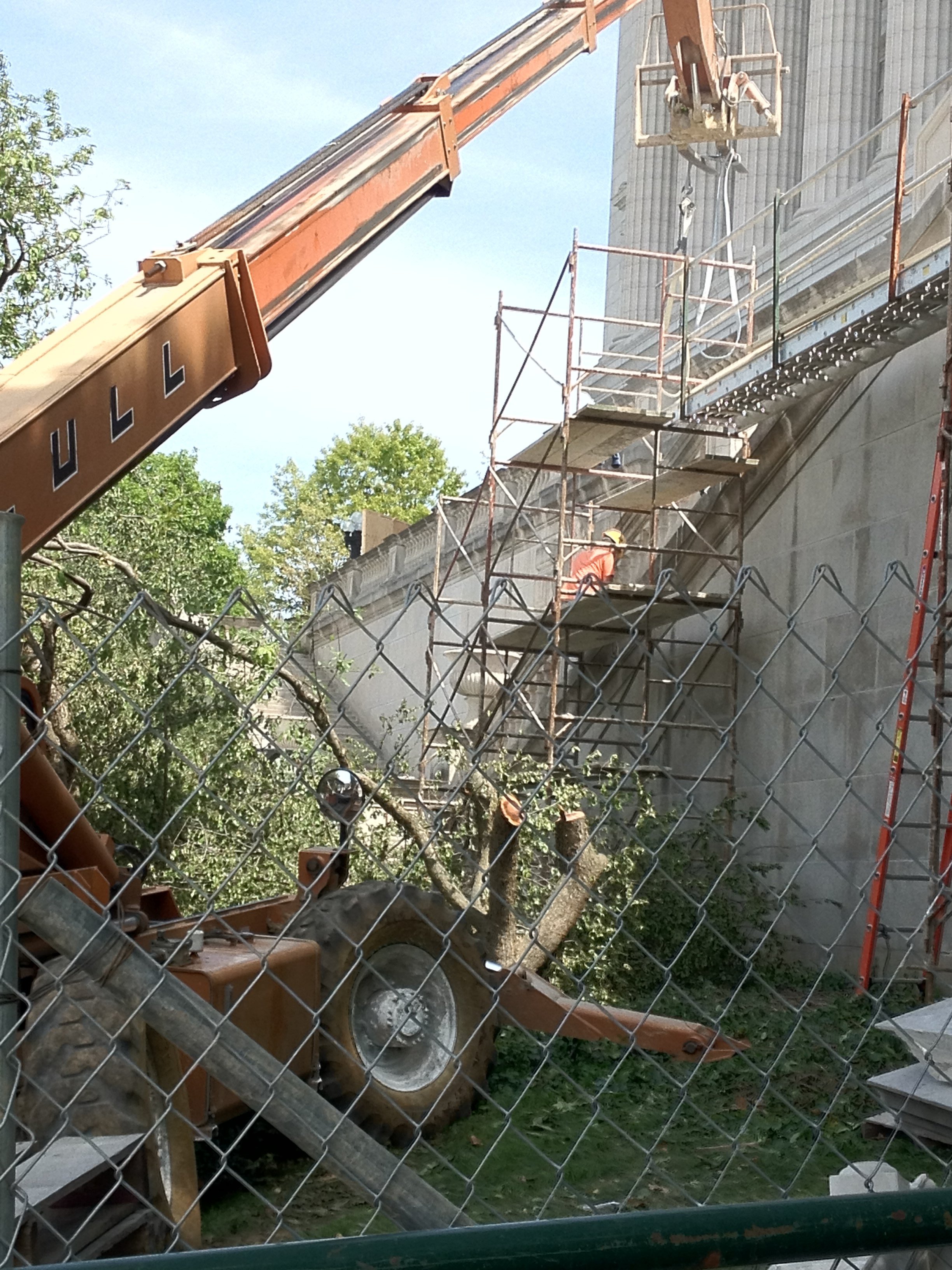 JEFFERSON CITY - As decreased state construction funding has put most projects at a stand still, steps at the State Capitol are being repaired.
See Related Stories

Construction workers have begun working on costly changes to the exterior of the State Capitol building. The repairs will cost state taxpayers $1,063,000 with an anticipated completion date of November 2012. Stone work, a retaining wall, a changes to the substructure of the stairs will be made, in addition to the replacement of damaged or missing stones.

"The state is investing resources on high-priority projects. We are making sure that essential projects are completed," said Wanda Seeney, spokesperson for the state's Office of Administration.

Seeney also said that repair priorities change as storm damage and other necessities become an issue.

The structural safety of the Capitol building has been called into question before. In 1998, a 300-pound piece of rock fell outside of former Governor Mel Carnahan's office, despite a safety check of the area only 4 months earlier.

In 2006, a 9,000 lb chandelier fell to the ground in the Capitol Rotunda while being lowered for maintenance.

Most of the limestone used to build the State Capitol was obtained from a rock quarry in Carthage, MO.

The late Sen. Richard Webster, R-Jasper, claimed that that the stone used in previous repairs decades ago to the Capitol were made with stone from a quarry in Southern Illinois, which he said was less water-resistant and did not blend as well with the original stone.